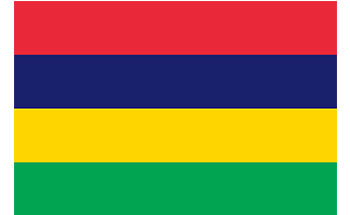 Mauritius is an island country, off the Southeast coast of Africa, in the Indian Ocean region located towards the east of Madagascar. The area of the country is 2040 km2, with a coastline measuring 177 km and an estimated population of approximately 1.2 million persons. Mauritius is a middle income country and one of the most developed in the region with one of the leading global indicators in terms of governance, business environment and human development.

Mauritius is a member of the COMESA (Common Market for Eastern and Southern Africa), Indian Ocean Region (IOC) and the Southern African Development Community (SADC). Its economic profile is summarized below: the Mauritian economy is well diversified, but, with a strong services sector contributing to at least 70% of the GDP. Key services include financial, tourism, ICT and retail. Agriculture and manufacturing are relatively strong, with sugar and textiles as the key agriculture products. Sugar is essential, contributing to more than 10% in export earnings.

The Private sector is represented by the Mauritius Chamber of Commerce and Industry. MCCI, established in 1850, is the oldest non-profit making institution representing the private sector in Mauritius. With the increase in the island's volume of trade during the first decades of British administration, the Mauritian business community felt the need for a formal representational and arbitration framework to foster the interests of the trading community and to settle disputes and conflicts arising in trade-related activities.

The present-day Chamber originally came into being as the 'Chamber of Commerce'. It took on its present name of 'MCCI' in 1965, when the country was moving towards independence and was contemplating the diversification of its economy through appropriate forms of industrial activities.

Since its launching, the MCCI (MCCI) has evolved from a purely representative and consultative body to a dynamic actor in the socio-economic development of the country. Throughout its years of existence, it has constantly striven to carry out its fundamental mission of defending and promoting the vital interests of its Members. It has also set up and developed the organizational structures capable of providing a wide range of highly professional services.

Furthermore, as the main voice of the Mauritian business community, it has always maintained close links with Government and increasingly contributed to the development process of the country. And just as importantly, it has set up links and affiliations at international level with inter-governmental and private organizations aimed at widening its scope of activities and better promoting Mauritius on the world scene .

As for discussions relating to the development of commercial and industrial activities, the MCCI is regularly solicited and makes submissions directly to representatives of the Government ministries and departments concerned.