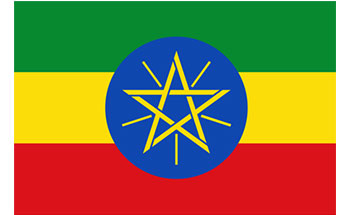 Ethiopia, with a population of approximately 90million people, is the second most populous country in Sub-Saharan Africa, one of the world’s oldest continuous civilizations. Ethiopia is located in eastern Africa in the southern Red Sea region. It borders Sudan on the west, Eritrea on the north, Djibouti and Somalia on the east, and Kenya on the south. Ethiopia is one of the fastest growing economies in Africa, having achieved substantial growth in its economy in the past few years.

Ethiopia is a member of the COMESA (Common Market for Eastern and Southern Africa) and Intergovernmental Authority on Development (IGAD). Its economic profile is summarized below: Agriculture remains the mainstay of the economy in terms of export earnings and livelihoods. It accounts for approximately 42% of GDP, whilst industry is at 12% and services at 45%. Coffee is the single largest export produce, contributing to about 10% of the GDP. The growth in the service sector has been due to increased investment in infrastructure, hotels, restaurants and the retail industries. Ethiopian Airways is also one of the largest air carriers in Africa.

ECCSA is established to fulfill the following objectives as per proclamation no 341/2003: