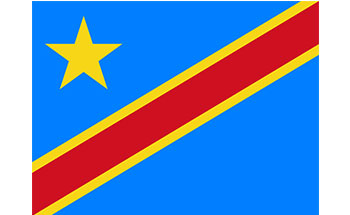 The Democratic Republic of Congo (DRC) is located in Central Africa. It is a country of 2,345,000 Km² and shares a border of 9,165 Km with nine neighboring countries. Its surface area (2.3 million km2); as the second largest country in Africa in terms of area and also a populous country with 70 million people. The country abounds in agricultural and mineral resources but has in the past decades been marred by conflict which has affected the economic performance of the country. DRC has been riddled by conflict but has the potential to be one of the richest countries on the African continent and a driver for African growth because of its resources.

DRC is a member of the COMESA (Common Market for Eastern and Southern Africa), Economic Community of Central African States (ECCAS) and Southern African Development Community (SADC). Its economic profile is summarized below: Mining is the key to the economy; as the county is abundant in natural resources. Key mineral export products include; copper, gold, cobalt and diamonds. Agriculture remains the main contributor to GDP and to livelihoods, accounting for about 36% of GDP with timber and coffee as the key export products. However, most of the export revenue is derived from the mining sector.

The Federation of Enterprises in Congo (FEC )is the recognized apex business body in DRC. It is a private sector Association that was founded by the merger of three organizations, namely: the Provincial Federation of Associations of enterprises in the former Zaire (Ferza), the National Federation of Chambers of Commerce, Industry and Agriculture established in 1912 el 'Association for promoting and defending the interests of Congolese traders (APRODECO). It covers the entire Congolese territory and joins the private companies of any size operating in different sectors. One of its main missions is to ensure the promotion of private sector activities in the Democratic Republic of Congo. It represents the private sector in engaging the Government, private sector and international community. 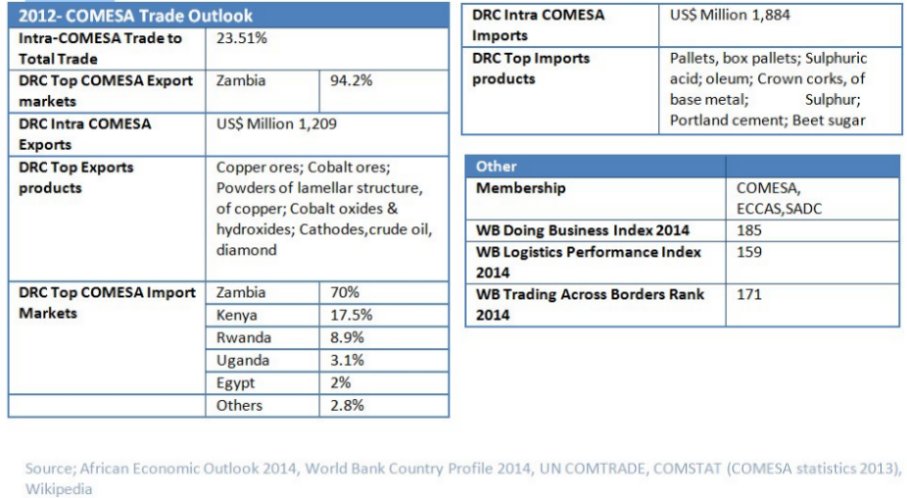