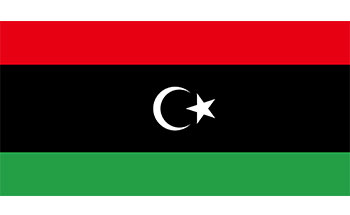 With a Mediterranean coastline of nearly 1,800 km. and an area of 1.76 million square-km; Libya has always enjoyed the merit of a strategic location at the midpoint of Africa’s northern rim. Having borders with Egypt on the east, Algeria and Tunisia on the west and Chad, Niger and Sudan on the south this has further enhanced its strategic position that links the Middle East with oriental civilizations and other North African Arab countries as well as providing a passage gate to the core sub-Saharan African countries.

Libya is a member of the COMESA (Common Market for Eastern and Southern Africa), Community of Sahel –Saharan States (CEN-SAD) and the Arab Maghreb Union. Libya has over the past few years been plagued by political instability which has affected its economy and trade profile. Libya's economy had been structured primarily around the nation's energy sector, generating about 95% of export earnings, 80% of GDP, and 99% of government income as of 2013. The services and construction sectors were also key contributing to about 60% in GDP.