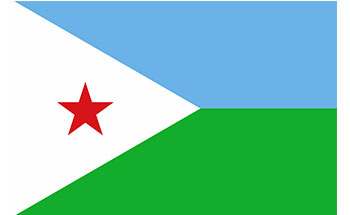 Djibouti holds a key role in the Horn of Africa, controlling the access between Indian Ocean and the Red Sea. The country is surrounded from the North by Eritrea, the West by Ethiopia and the South by Somalia. Djibouti is a small country (23,200km2, 150 km from North to South). Its population is 906,112 (2013). Djibouti’s spectacular strategic location is its main economic asset. The large, well equipped Port of Djibouti, straddles the juncture of sea routes between the Far East, the Arab- Persian Gulf, Africa, Europe, and the East Coast of the United States. It serves as a gateway to internal African markets and the link to Europe and the Middle East.

Djibouti is a member of the COMESA (Common Market for Eastern and Southern Africa) and Intergovernmental Authority on Development (IGAD). Its economic profile is summarized below: The economy is primarily service based. Services sector which primarily consisting of port facilities plus airport, financial institutions, and related sectors account for more than 80% of GDP. Transshipment is growing, and currently accounts for approximately 20% of port business.

The private sector in Djibouti is represented by the apex body – The Chamber of Commerce of Djibouti. It was founded in 1907 at the initiative of a group of local businesses. The Chamber of Commerce of Djibouti has since evolved its statut in 2002, thanks to the recent reforms. Thus, all economic sectors are represented in the decision-making body, the General Assembly has forty four (44) elected members.

Services and Institutions represented by the CCD benefit from the experience of men and business women volunteers, motivated by concern for the public interest, experienced in business management and development control activities business. Its mission is to except express and defend the interests of economic operators in Djibouti. The Chamber of Commerce is responsible for issuing opinions and proposals to increase economic prosperity, promote the development of the Republic of Djibouti, fight against poverty and contribute to human progress. Moreover, it is an organization of trade facilitation and helps raise awareness of the national market, carrying a part in studies and data collection and on the other, in transactions awareness on the various opportunities available to economic operators.